Just a quick report from the comp I went to on 8th October... It was at Nerang in Qld, and organised by the Women's Brazilian Jiu Jitsu League (there is a problem with their website, so I won't link to it at this stage).

It was a small comp only. Sadly, the same weekend saw a couple of clinics with visiting overseas BJJ big names, so the turnout was smaller than last year.

I won my first gi fight by armbar (from guard). Then I lost the two fights in open gi, one one points (and I was a few seconds short of finishing a choke from guard when the bell rang), the other by choke. In the weight no-gi I lost by back choke again and the single fight in the open no-gi on points. As in my second fight, I was actually back to guard and attacking, but I'd left my run too late and didn't get the submission. So result-wise it was a bit of a mixed bag. I was happy with some stuff I did, not so happy with other bits.

I did suffer a bit from the high humidity and the slightly higher temperatures, and somehow I felt very flat. The comp only ran for the afternoon and was all wrapped up within three hours or so. Which means a lot of fights in a short time. That, coupled with the fact that I wasn't feeling top shelf, meant that I really was suffering. I was sooo tired in my third and forth fights. But then I got a second wind, which did show up in how I fought. And I'm not too upset that I lost the last one on points, because I finished strong and I played my game for the second half of it.

The girls I competed against were all from NSW and Qld, and it was nice to meet some new faces. They made me feel very welcome and I was very glad I went up.

Here are some pictures: 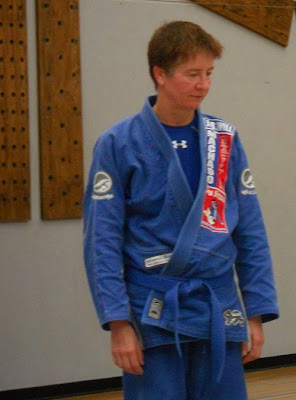 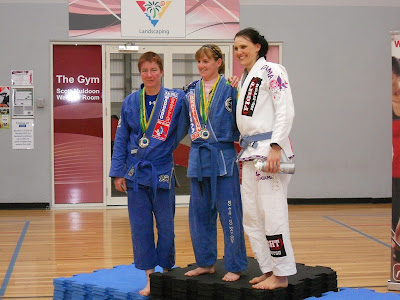 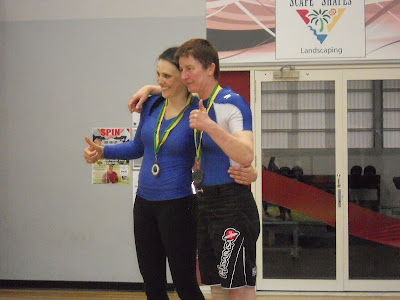 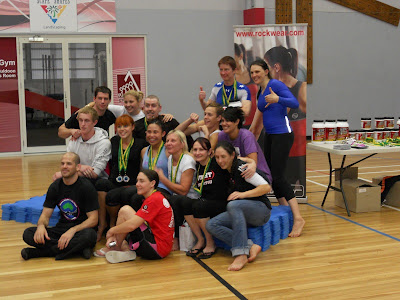 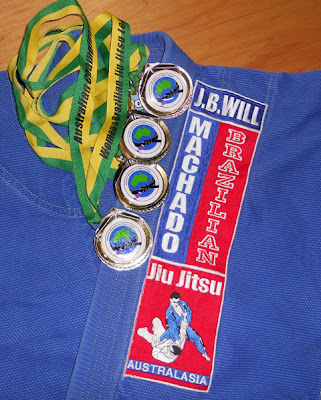 I had a fantastic weekend, during which I caught up with my friends Elyane and Rupen. They were kind enough to take me from their place to Nerang, and they stopped by and watched the comp for a bit. Rupen took all the photos (and a bit of video footage) for me.

Despite being worn out and tire, I wasn't too tired for some silly stuff: 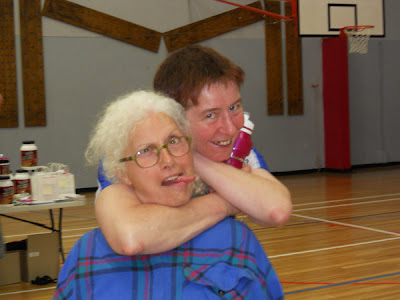 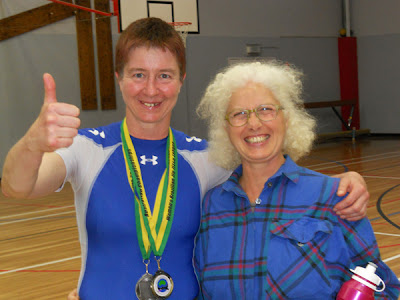 Oh, and I must mention that Elyane is a FANTASTIC Naturopath. So if you are ever in Sydney or in Murwillumbah, and looking for some advice on health matters, DO go and see her.

After such a great weekend, I think I know what I'll be doing the same time next year :-)

Posted by fenix at 23:00 No comments: Links to this post

It's that time of year with uni. I just can't keep up with this blog while I'm up to my teeth in assignments and getting ready for exams.

I just entered for another comp though, the Australian Jiu-Jitsu Classic. That's on Saturday. It's only the second event of that kind. I didn't go to the last one, but decided I should really check it out. On the one hand I have a guilty conscience because I feel I ought to be studying. Also, I'm not that fussed about competing anyway. On the other hand, it does sound like a good event with excellent prizes, and I think it should be supported. And well, I can't study all day, every day, can I??

I rolled really well most of last week and did well against guys who are senior to me and/or considerably stronger and bigger. Then, tonight, I had that awful feeling of being unable to move again. I nearly chickened out on entering. It was only because I had (wisely?) told several people that I intended to compete, so I wasn't willing to publicly admit to being a coward. Oh, how fragile the ego ;-) So, here I come.

Part of me looks forward to competing, and another part goes bah! Though I've entered as senior, I'll probably be competing against adults, as there still aren't that many entries in the women's divisions. And yeah, I've rolled with young blue belts. I don't have the speed, sadly. And to work my cardio up to the level of some of the competitive blue belt girls takes a lot of doing. But I'm not making excuses, I'm doing it for the experience, and the chance to try myself. If I win, it's a nice bonus. Funnily, there is current discussion on Sherdog, where some guys say they feel too old to compete. And the oldest one of them is about 5 years younger than I. Sometimes I do wonder if it's worth competing. Am I just too pig headed to be sensible or is it a good thing. Honestly, I don't know. There is no pressure from my school to compete, it is something entirely up to me.

My 48th birthday is creeping closer. So I surely won't be competing for many more years. Which is another reason why it's good to get in a few more now. The Classic will be my third one for this year. And then I'll just see how it all pans out for next year.

It's been too long since I've posted anything here. I blame it on my quiet lifestyle and my ample spare time (as if..).

I competed at the WBJJL tournament at Nerang in Qld on the weekend. I'll write about that in another post though. And I do have photos this time :-)

Training is going pretty well, I just dont' have time to write about it. But I'll make more of an effort in that direction in the future. Aside from training, I've been continuing to teach the Wednesday classes, which has been interesting. Both interesting as in: challenging and as in: fun and excitement. More about that later though.

I got some new gear, and I've been meaning to write about that, too. My latest acquisition is a Jiu Jitsu Brotherhood rashie from Tatami Fightwear. Very happy with that one. Will post some photos when I get a chance.

I finally indulged myself and joined MGInAction. Due to study and being away, I really haven't spent a lot of time on the site as yet. But what I have seen so far looks awesome. It certainly will be a great resource to me, both in terms of stuff useful for my game, and stuff useful for teaching the guys. If you want to try it out, you can get a week's free trial HERE. That is a referral link, and if you join, I get some money off my renewal :-)

Posted by fenix at 21:29 No comments: Links to this post