does your dog grapple?

My best friend Yvonne has a black German Shepherd dog who goes by the name of Nemo. He comes and visits and plays with my dog Vito. Yvonne got Nemo as a pup and we've been watching him grow. Firstly, he was tiny and Vito used to just put his paw on the fluffy little black thing and pin him down. Then time went by and Nemo grew, and grew. He is now a big black dog. Fast and sleek. And still just as precocious as he was when he was a little pup.

Here are some dogwrestling pictures with a very young Nemo and my Vito, taken last August. Feast your eye on black and white action scenes! 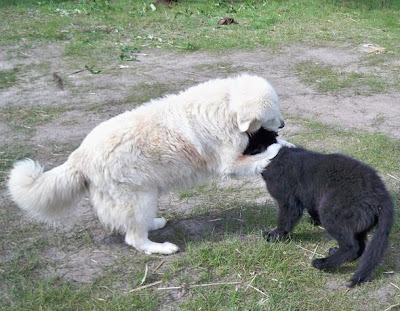 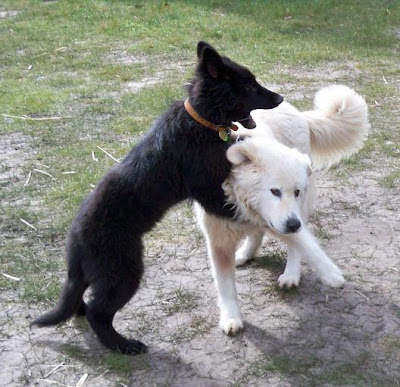 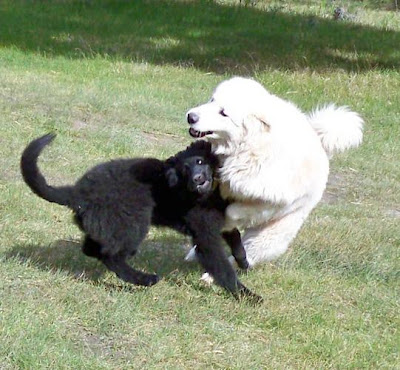 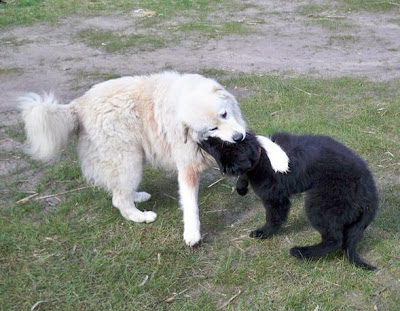 (All pictures by Yvonne Lehey)

Whenever I go and have dinner with Yvonne and her husband Greg, Nemo brings his toys and wants to play. I've often played roughhouse with him, and as a rough sort of a youngster, he's always thought that was great fun. Last week, I got down on the floor with him and we had a roll :-)

Now I wouldn't do that with every dog, and I wouldn't recommend that anyone else tries with with their friend's dog. Nemo is surprisingly controlled, he doesn't bite or go stupid. If he accidentally meets some part of your anatomy with his open mouth, it's just by accident. He's what's called soft mouthed. The worst danger I'm in is a long hot tongue in the ear, or across the face. Eeew. Dogslobber...

So much to the amusement of the onlookers, Nemo and I had a good wrestle. He thought it was great fun until I grabbed him in a headlock, haha. Anyway, here is photographic evidence of the shenanigans.... 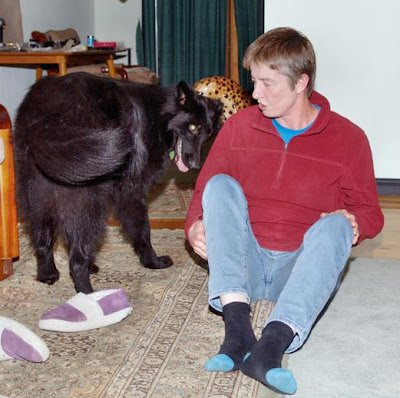 I pull guard, but Nemo is fast and passes straight away! 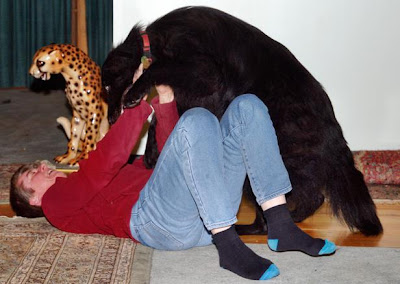 .. but I regain guard and start breaking down his posture. 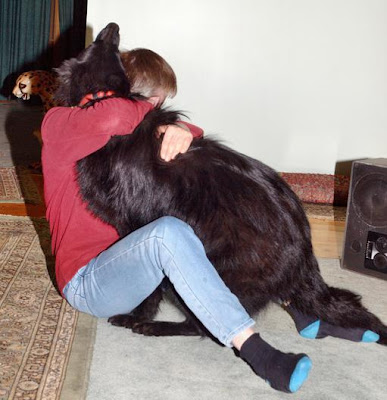 .... and now Nemo is in trouble, because I've got high guard and I'm looking for a submission! 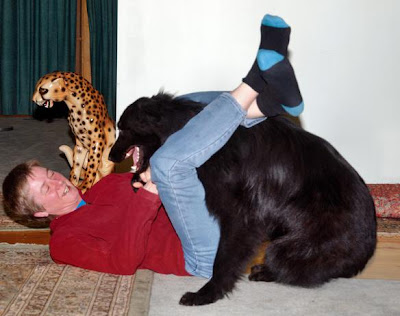 But shortly after, he escaped :-)
Another attempt, this time a choke after I get his back: 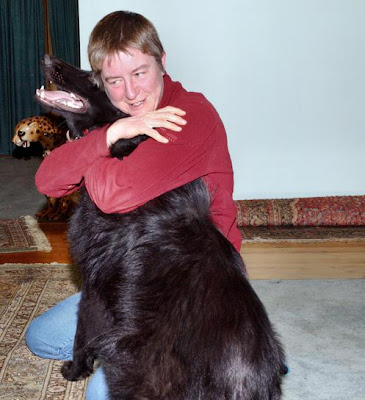 (Photos by Greg Lehey)
And what's worse, tonight I was over there and we had another wrestle. I haven't seen Greg's photos yet, but I shudder to think what he captured this time :-)

Ah yeah, and I we had a great class this morning. It was a grading, and the guys did really well. One got his fourth stripe, there were a couple who got their third and a few who got their first. I was impressed with how they applied themselves and how well they did. Good work by all!

Interesting for me was one roll where I pulled off a picture book omoplata. Not bad for a hopeless old girl who until recently couldn't move the hips enough to hit that submission during no resistance drills :-) I see it as a sign though that all the information which was filled into my brain over the last 2+ year is still there. As my brain is knitting the hitherto seeminly unrelated bits together, I'm seeing things from places where I didn't see them before. And the movements I studied but thought I couldn't do are right there. That's amazing. But very encouraging :-)
Posted by fenix at 23:17