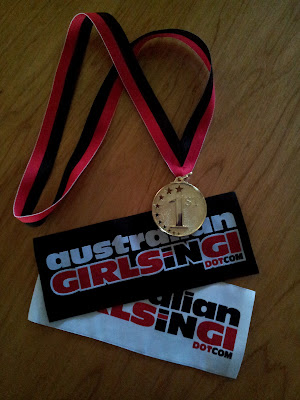 There were three blue belts in each of the gi and no-gi division. I won and lost one fight in the gi, and won both fights in the no-gi division. I then participated in the grand absolute (sub only), where I lost to a purple belt lady.

I was very happy. I deserved to lose the two matches I lost, the ladies were simply better than I. The three matches I won, I won by sub, and I managed to make good use of back control and top positions. I also lasted well through all the matches, never feeling like my cardio let me down.

On top of all that, I caught up with people, and made some new friends. Really a fantastic day.